Issues of the parent-child listing for Chori and Toray

Chori is the subsidiary of Toray and as they own 51.8% (as of 9/30/2019) of Chori’s voting rights the relationship is a parent-child listing.

Therefore, the directors should be able to perform their duty of supervising subsidiaries better by actively communicating with institutional investors of the subsidiary.

In this way, when the parent company (Toray) is not fully aware of their responsibilities for proper governance of their subsidiary (Chori), and the voices of the minority shareholders of the subsidiary are not reflected, is the exact concern the government has towards parent-child listings.

Institutional investors also require listed subsidiaries to maintain management independence in order to protect the interests of minority shareholders (e.g. a high ratio of independent outside directors to total number of directors). However, as Chori’s board did not appear to be independent, at the AGM held on June 2019, votes were raised against Kazuo Sakihama, President and CEO as the person responsible for such questionable management. 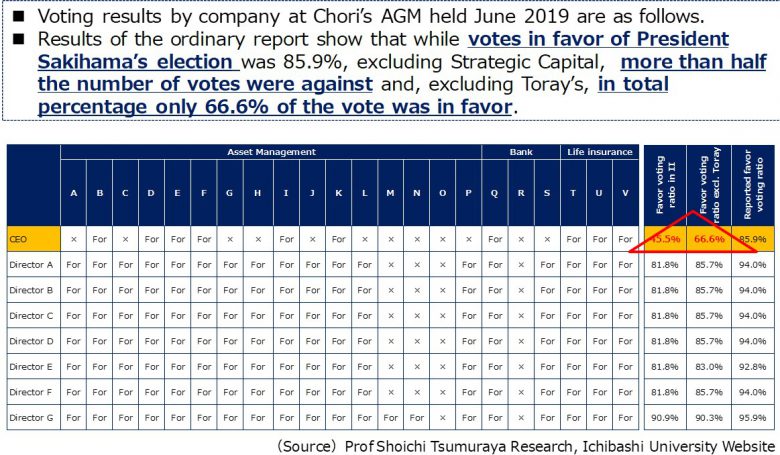