Dialogue between Toray and Strategic Capital

In January 2020, Strategic Capital met with Toray’s VP and representative director, Murayama (who is also a part-time director of Chori). The following is an excerpt from that meeting:

（An impassioned retrospective on the investment in Chori and subsequent relationship with Toray）
From a difficult situation in the 2000’s, working with Toray, Chori rebuilt themselves into a “good company”.
Chori works hand in hand with Toray to become a “good company”. We are thinking of a “good company” from a medium to long term perspective, which might be slightly different from those who think in the short-term.

First, we have invested in Chori for over 5-years so we are not a short-term shareholder. Second, Chori may be a “good company” from Toray’s, the major shareholders’, view but it is not a “good company” from the perspective of the minority shareholders. That’s because even if profits increase, Chori’s stock price does not rise. Our hope is for Chori’s stock to be properly valued in the market. We would like to ask you, as the as the major shareholder, to work to increase the value of Chori. Toray should not continue to pamper Chori.


The following are letters in Japanese we sent to Toray.

Letter sent in March 2019 in Japanese

Letter sent in June 2019 in Japanese（beow is the image） 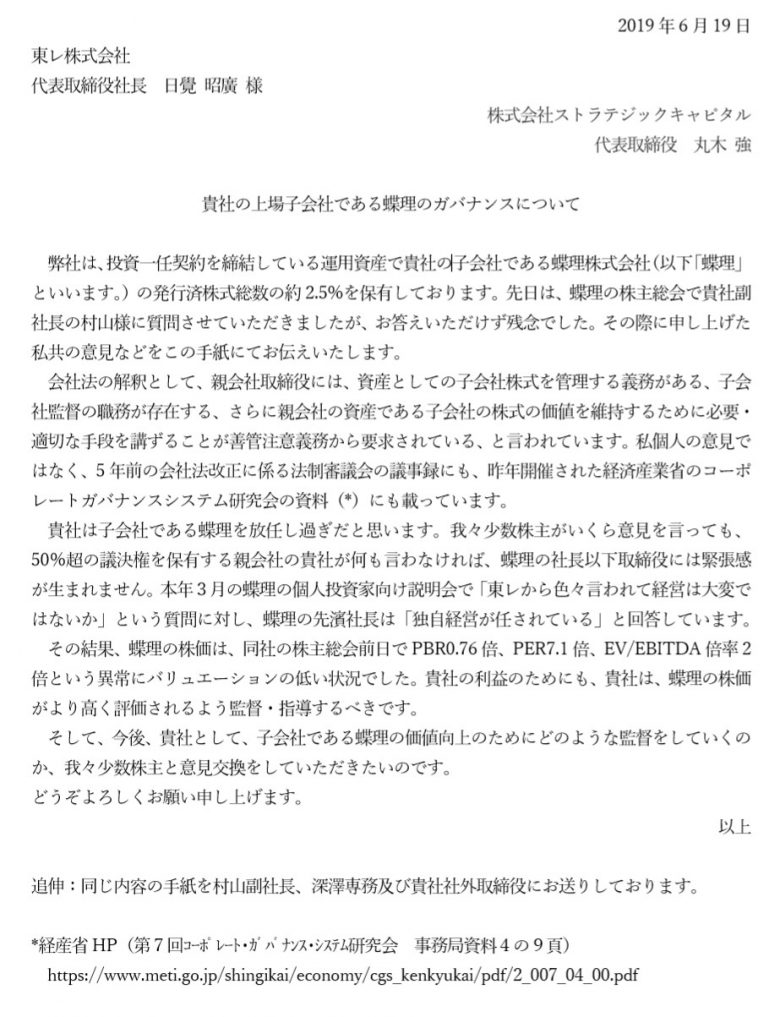